Here’s what happens to your trash after the dumpster 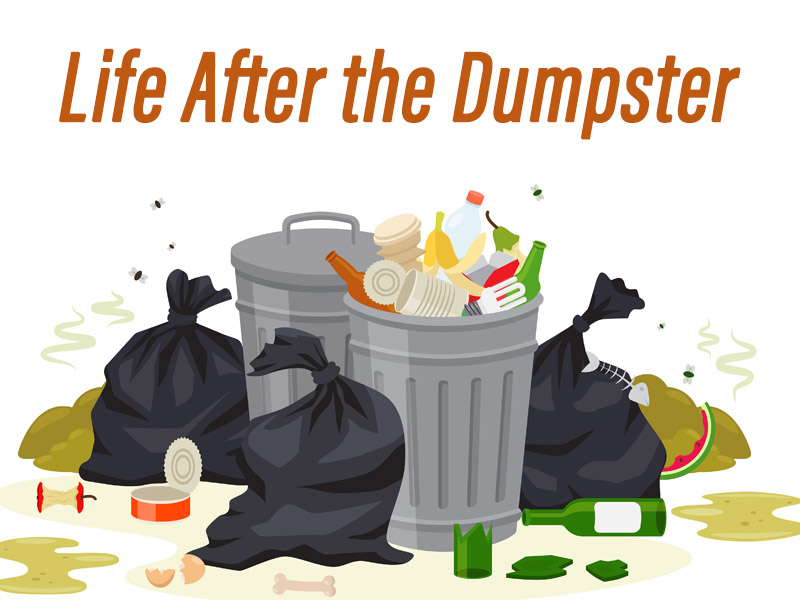 The United States is among the top ten countries that produce the most amount of waste in the world. There are about 195 countries in total, so the amount of trash that is overall produced in the world is in the hundred millions of tons every year. That is a lot, but we don’t actually see them. So, where does it all go? After you throw away your trash and its picked up, before reaching its final destination, it makes a couple of stops.

The trash can be sent to a transfer station, which is a place for the items to be compacted, and then transferred again to the final stop. If not sent to a transfer station, the trash can be sent to a material recovery facility, or MRF. These MRFs primarily are places that sort and separate recyclable material from trash that could have been mixed in. Manual labor is used to separate them, but more advanced technologies are being made to sort them. The useful materials are then sent to other locations that can breakdown and reform them into other goods. All remaining trash that was from the transfer station or MRF is then sent to the following locations.

About 50% of all the waste is sent to landfills in various regions of the country. They are wrapped in clay, plastics, and eventually topped with soil. Landfills are not a good way of removing trash for the environment because the trash under the soil is broken down at a very slow rate. They are primarily used to store the waste, but not break it down. More small waste products like train tickets, paper towels, or fruit peels take within weeks to break down. Clothing, plastic waste, and even aluminum cans can take years to be fully decomposed. Some materials like tin foil and styrofoam that is used for a lot of everyday uses do not decompose at all.

About 30% of the waste is then sent to recycling facilities that are sorted and repurposed into new products. Recycling facilities were created sometime in the 1980’s and have been growing ever since. With more people being aware of the environment through social media platforms, more companies are trying to be more eco-friendly to get rid of waste and promote a healthier community for everyone too. This helps them gain a positive public view that other companies will follow as well overtime.

These are great for reducing the volume of waste in landfills because all of it gets reduced to ash with heat reaching 1,800 degrees Fahrenheit. The heat and energy used to burn the waste can be used to generate electricity. Reducing landfills and generating electricity sounds like it’s good, but it’s not. Studies have shown that less than 1% of total electricity in the US is generated by incinerators. Incinerators are not good for the environment. There are growing regulations that are trying to restrict the use of them. Incinerators have some benefits, but have more disadvantages that make it not a reliable or efficient way of getting rid of waste.

Most waste is most likely not going to these locations because only organic waste from farms would go there. There are some exceptions where food from various sources would go to anaerobic digesters, but is still very uncommon. Anaerobic digesters use microorganisms to break down organic materials and convert them into energy and fertilizer. They are beneficial because they provide a decent amount of renewable energy, improve water quality by removing metals from waste products that would harm water, and reduce greenhouse gases. They are not quite as popular as other ways and they’re costly to maintain them, that’s why only large farms with a lot of land have access to them.

The life after the dumpster isn’t that entertaining, but it’s good to know that your trash is being properly handled or even repurposed in a variety of ways. Some aren’t good compared to others, so there is a possibility for new destinations in the future for trash to end up in. Places that hopefully will benefit us as well.